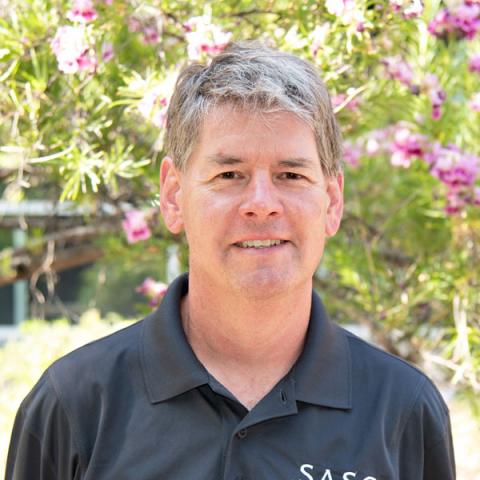 Eugene grew up in Western Pennsylvania, the heart of Steeler, Penguin and Pirate country. As a young man, he headed to San Francisco, where he owned and operated a hot dog cart at the foot of the California Cable car line; he and also spent several years as a bike messenger. His wanderlust led him around the world and up to Alaska, where he spent summers driving tour buses in Denali National Park, and winters cross-country skiing and reading, and where he met his wife. Seattle brought new beginnings - their children and his entry into the world of IT on the Microsoft flagship campus. Eugene joined SASG in 2009 as a member of the Desktop Support team. His insatiable curiosity and love of learning introduced him to networks and firewalls. Today, Eugene holds the position of Associate Director, crafting creative, customer-focused IT solutions, and overseeing the Network and Infrastructure and Desktop Support teams. Away from work, Eugene enjoys everyday adventures with his family (two- and four-legged), spending time outdoors, traveling, cooking, and cranking up the volume on his 1500 vinyl albums.