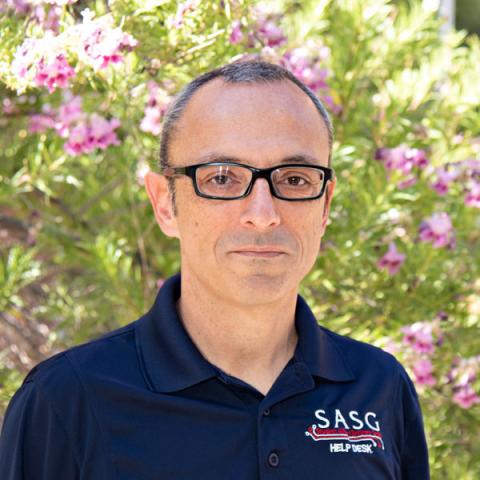 Markos was born and raised in Kavala, Greece, the principal seaport of eastern Macedonia. He moved to California in January of 1995 where he earned a degree in graphic design from Saddleback College. Shortly after, he began his career as a freelance Web & Print Designer, and in December of 2005 he accepted a Web Designer position opportunity with MediaSpan Online Services. He later advanced to a lead position on the award-winning MediaSpan design team and was counted upon for such senior tasks as quality control and cross-training. In March of 2013 he took on a new challenge by working as Webmaster, Identity & Print Designer for the marketing department at Electrical Transient Analyzer Program. He developed effectual marketing-driven web presences as well as maintained the company's existing web sites by implementing the latest industry technologies, standards and best practices. Markos joined the SASG team as a Business Analyst in July 2014. His areas of expertise include Drupal, HTML, CSS, Adobe Creative Cloud, Drupal Content Management Training, Functional Specifications Documentation, User Experience Design, and Project Management. Markos is an avid long-distance runner, Boston marathon finisher, and music lover.